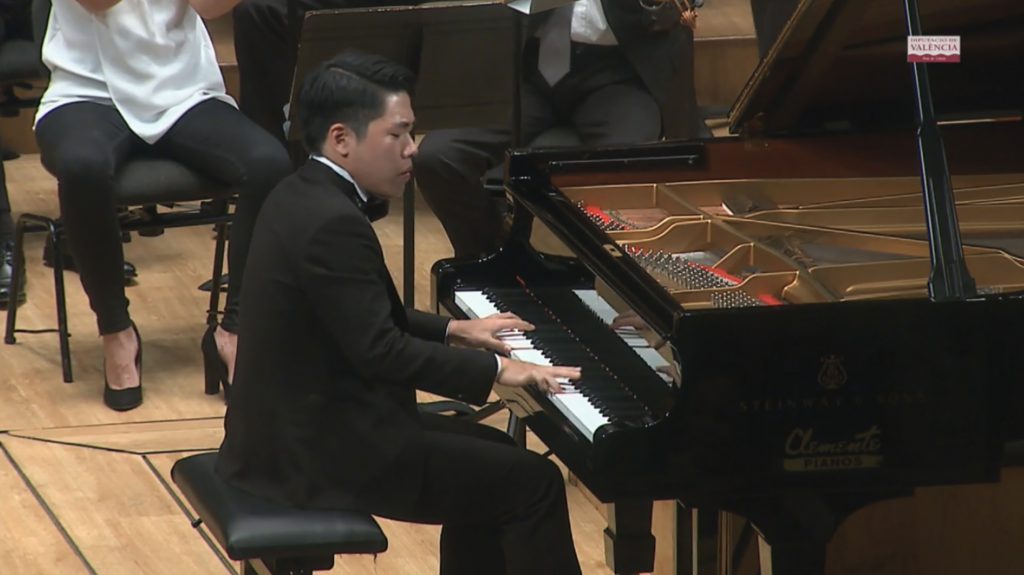 The application period for the Iturbi Prize, International Piano Competition Valencia to be held between 23 June and 2 July 2021, the year of its 40th anniversary, has been extended from 31 October to 14 January. This biennial competition, the brainchild of Joaquín Rodrigo (Sagunto, 1901 – Madrid, 1999), is a landmark in the piano world that has welcomed pianists from the five continents on the 20 occasions it has been held since its inception in 1981.

In these times of great uncertainty due to the coronavirus crisis, the Provincial Council of Valencia, the organiser of the prize, has decided to facilitate applications from as many pianists as possible around the world. Hopefully, by the time the competition comes round, the return to normality will be closer, the horizon will be clearer and the pandemic will be in marked decline.

In recent weeks, the institution has received many queries and requests for information from pianists interested in taking part, and this set in motion the decision to extend the application period. According to the organisers, this decision aims to underscore that “culture is safe”. They believe that “music must confront the coronavirus with all possible safety and health safeguards so that the activities, concerts and artistic careers of musicians do not grind to a halt”.

Glòria Tello, the councillor in charge of the Iturbi Prize, head of culture at Valencia City Council and president of the Palau de la Música, explained that “Valencia Provincial Council aims to inspire excitement and enthusiasm by extending the application period and dispelling the uncertainty caused by the coronavirus by giving all possible facilities to pianists wishing to take part in a first-rate international competition in 2021.”

Tello also emphasised that “the Iturbi Prize organised by Joaquín Achúcarro and an advisory committee consisting of the outstanding pianists Josu de Solaun, Carles Marín, Emma Jiménez and Óscar Oliver, is a magnificent opportunity for participants: excellent prize money, awards and events, plus media coverage to help showcase their excellence and boost their artistic careers”.

The cash prizes for the 40th anniversary are 70% higher than in the previous competition. First prize: €30,000, the recording of a CD with the well-known record label IBS Classical, plus several recitals and concerts. Second prize: €20,000. Third prize: €10,000. The winners of the previous competition received €18,000, €12,000 and €6,000 respectively. The other finalists not making it to the second final will receive €5,000, with a special prize of €2,000 for the best performer of Spanish music.

Valencia Provincial Council will also hold concerts in Spain and abroad in 2022 with the participants who win the first three prizes. Other special prizes funded by sponsors and partners will also be awarded.

The application period for the competition has been extended, see pianoiturbi.dival.es for details, and is now open to pianists of any nationality born on or after June 23rd 1985. They must submit the required documents and a 20-30 minute audiovisual recording to be evaluated by the jury during a preliminary selection phase open to the public at the Palau de la Música in Valencia. The names of successful applicants will be posted on the website.

The competition will consist of five heats featuring a free choice of the following works: a sonata by Ludwig van Beethoven and Wolfgang Amadeus Mozart, two short pieces by Fryderyck Chopin, one of which must be a nocturne; a piece from Enrique Granados’ Goyescas, or Isaac Albéniz’s Suite Iberia, or Manuel de Falla’s Fantasia Baetica. The twenty-two pianists taking part in the first heat will be whittled down to two final heats with six and three competitors who will play a piano concert with the Orchestra of Valencia.

In this new phase, and for the first time, the Iturbi Prize will have an artistic director and advisory committee. They have created a competition format featuring new age limits, more flexible repertoires and the participation of the Palau de la Música Orchestra in the two finals. The prize will also feature a resident composer and on this occasion Òscar Colomina will compose a piece for the competition that must be played by all participants reaching the second heat.

The members of the competition jury chaired by Achúcarro will be Arie Vardi, Menahem Pressler, Jorge Luis Prats, Josu de Solaun, Catherine d’Argoubet, Barrett Wissman, Didier Schnorhk and Kei Itoh, who will judge the participants in the competition to be held at the Teatro Principal in Valencia.

The award ceremony will take place on July 3rd 2021 as part of a recital featuring the three finalists. All performances will be broadcast live and the concerts will also available on the competition website to boost the media coverage and globalisation of this musical event.