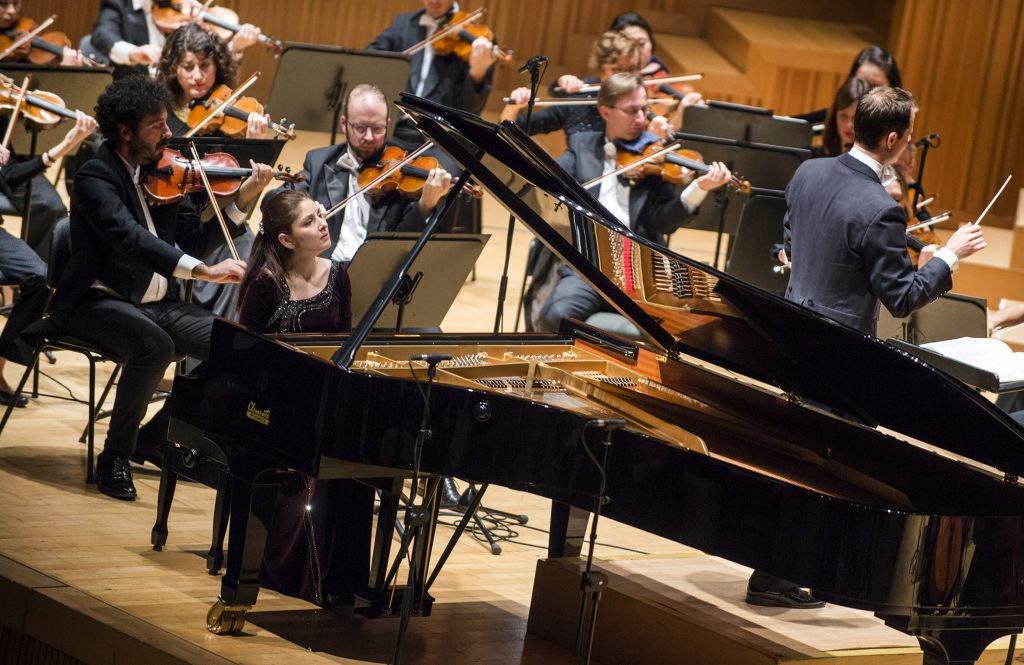 The application period for the 21st Iturbi Awards, Valencia’s International Piano Competition, has been extended to 31st October. These awards will take place from June 23rd to July 2nd 2021, the year of their 40th anniversary. These biennial awards organised by the Valencia Provincial Council, are a keynote event in the piano world with pianists from around the globe taking part since their inception in 1981.

Next year’s awards, announced in www.pianoiturbi.dival.es, welcomes applications from pianists of any nationality born from 23rd June 1985 onwards. The necessary documents must be submitted together with an audiovisual recording (20-30 minutes) to be assessed by a panel of judges during the pre-selection phase open to the public at the Palau de la Música in Valencia in November and December 2020. The applicants accepted for the competition will be announced on the website on 1st February 2021.

The competition will consist of five heats featuring a free choice of the following works: a sonata by Ludwig van Beethoven and Wolfgang Amadeus Mozart, two short works by de Frédéric Chopin, one of which must be a nocturne; a piece from Enrique Granados’ Goyescas, or Isaac Albéniz’s Suite Iberia, or Manuel de Falla’s Fantasia Baetica. The twenty-two pianists taking part in the first heat will gradually be whittled down to six in the penultimate heat. The three pianists that make it through to the final will play a concert with the Orchestra of Valencia.

For the first time, the Iturbi Awards will have Joaquín Achúcarro as artistic director and an advisory committee consisting of the renowned pianists Josu de Solaun, Carles Marín, Emma Jiménez and Óscar Oliver, who have created a revised competition format with new age limits, more flexible repertoires and the participation of the Palau de la Música Orchestra in the two finals.

The awards will also feature a resident composer for the first time, Òscar Colomina, who will compose a piece for the competition that must be played by all participants reaching the second heat.

Glòria Tello, the councillor in charge of the Iturbi Awards, head of culture at Valencia City Council and president of the Palau de la Música, said, “We invite pianists from around the world to take part in this prestigious, outstanding competition: a watershed in the careers and international outreach of many pianists.” Tello then pointed out that, “the Provincial Council of Valencia has made a huge effort to increase the prize money for the special 40th anniversary competition marking the start of this new stage, and hold more events afterwards (recitals, concerts, tours, albums, etc) to boost the promotion and acknowledgement of our outstanding winners”.

Cash prizes will be 70% higher than the previous competition. The winner will take home €30,000, and also record a CD with the well-known label IBS Classical, and perform several recitals and concerts. The first runner-up will receive €20,000 and the second runner-up, €10,000. The winners of the last competition received €18,000, €12,000 and €6,000 respectively. The other finalists who do not make it to the second final will receive €5,000, with a special prize of €2,000 for the best performer of Spanish music.

The Valencia Provincial Council will hold concerts in Spain and abroad in 2022 with the three winners. Other special prizes funded by sponsors and partners will also be awarded.

The award ceremony will take place on July 3rd 2021 as part of a recital featuring the three winners. All performances will be broadcast live and will also available on the competition website to ensure the maximum distribution and globalisation of this musical biennial, the brainchild of Joaquín Rodrigo (Sagunto, 1901-Madrid, 1999).

In 2019, when the competition was held for the 20th time, the Culture Department of the Valencia Provincial Council decided to take stock of its strengths and highlights, growth possibilities and areas with room for improvement, and boost this event by bolstering its image.

This year, to commemorate the 125th anniversary of the birth of José Iturbi, the Valencia Provincial Council will be holding the 1st International ITURBI Valencia Piano Competition featuring six concerts at the Beneficència Cultural Centre in Valencia on 22-27 September. To mark the occasion, the Council will install pianos at several emblematic spots in the city beforehand on September 20th, courtesy of Clemente Pianos, and invites people to take part.

At the last Iturbi Awards in 2017, the winner was the Russian pianist Fatima Dzusova, with Saeyoon Chon of South Korea in second place and Jorge Nava of Spain, third.